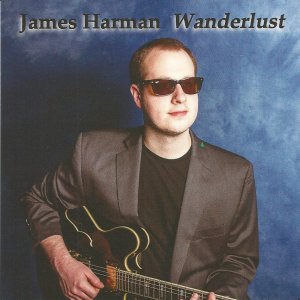 Guitar player James Harman released his debut album, "Wanderlust", about a year ago.
James is an accomplished guitar player and his selection of tunes is a joy for the ear.