THE METROPOLE ORKEST - ADRIAN BELEW'S E FOR ORCHESTRA (THE DVD) 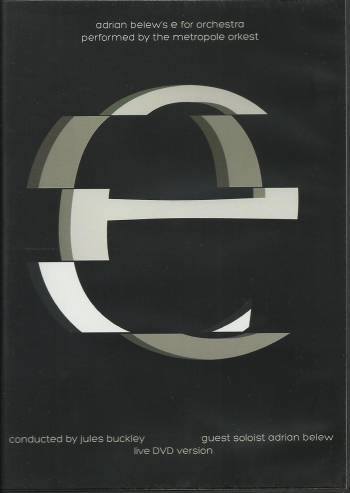 Adrian Belew has played in Zappa's band, but he has also toured and recorded with David Bowie, with Talking Heads and with King Crimson, to name just a few.
One of his latest adventures, was having his piece 'e' performed by the Dutch Metropole Orkest.
This DVD is a recording of the concert that the Metropole Orkest, with special guest Adrian Belew, did at Paradiso earlier this year.
Really good. I love the energy of Adrian's guitar against the full sound of the orchestra.