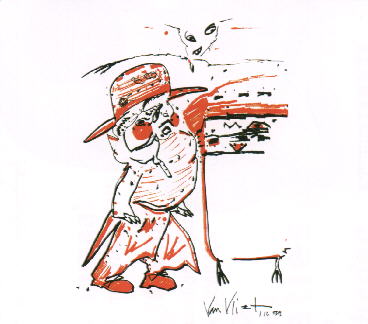 In the late seventies, early eighties, the LAFMS released two volumes of "Blorp Esette". Both albums were samplers / compilations of alternative, experimental, outsider music from and around Los Angeles.
Both albums featured Don Van Vliet artwork.

In 1999, the Transparency label released a 4 CD box set, that included all the material of the LAFMS releases.
This box was never easy to find, not even when it just came out, and it has been out-of-print for a long time.
Michael, from the Transparency label, told me that a re-release of this box is scheduled.