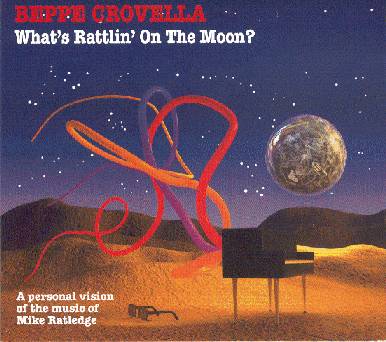 Mike Ratledge was part of the most influential Canterbury-scene-band from 1966 until 1976.
With (The) Soft Machine, Mike Ratledge performed and recorded a typical mix of psychedelic music, progressive rock and jazz. And he was not just the keyboard player of the band. He signed for a lot of the compositions as well.

The result is entitled "What's Rattlin' On The Moon?", referring to Ratledge and to MoonJune. It includes three tracks that Beppe Crovella wrote and recorded right after he had decided to do the project. It also has ten Ratledge compositions that got the experimental, spacy jazz-rock Beppe Crovella treatment, plus three more tracks that Beppe did after he had done the ten Ratledge pieces.
Beppe Crovelle is a superb musician and his compositions fit the album nicely.

In all, this is a great tribute: fine artwork, excellent concept and brilliant music.