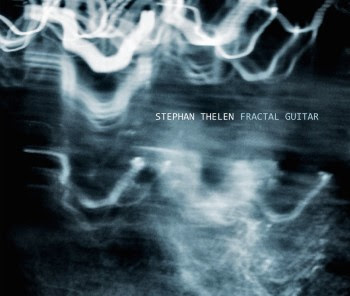 "Fractal Guitars" is named after an guitar effect that Stephan uses. 'A rhythmic delay with a very high feedback level that creates cascading delay patterns in odd time signatures such as 3/8, 5/8 or 7/8.'

With the help of Markus Reuter, who adds U8 touch guitar and soundscapes to the album, and some fine guitar players that Stephan had met the last couple of years, "Fractal Guitar" became a pretty impressive album.
Instrumental, post-prog, soundscapes,...
Featuring David Torn and Henry Kaiser to name two.

My cup of tea.
Out on MoonJune Records.
On CD and digitally available on Bandcamp.