FREEBO - THE END OF THE BEGINNING 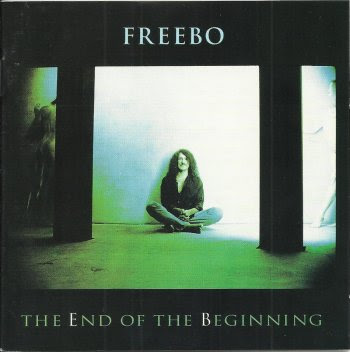 Freebo's musical bio reads is quite impressive. He started his musical career in early seventies and he recorded and toured with Bonnie Raitt, Buddy Guy, Jerry Donahue, Paul Barrere,...
It took him until 1999 to release his first solo album, "The End Of The Beginning".

This is a fine album for a lazy Sunday afternoon.
Lots of familiar sounding names on this disc : Albert Lee, Paul Barrere, Bonnie Raitt, Sam Clayton, Valerie Carter,...
The album also features Tommy Mars on one track, Mike Miller on another track and Albert Wing on two tracks.

The below 'Trouble' track features Tommy Mars on synth strings.
Not really represantative as the rest of the album is quite bluesy and features a lot of guitar work, but it does feature Tommy Mars.