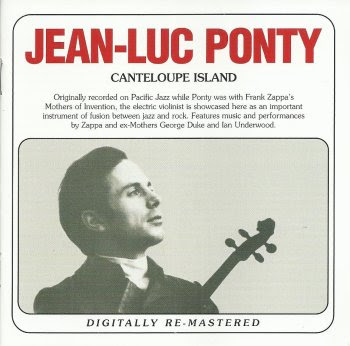 I always wondered why Jean-Luc Ponty's "King Kong" album wasn't included in Zappa's discography. Next to the L.S.O. and the Ensemble M.
I love J.-L.P's "King Kong". I think it's a fabulous album.

As you probably know, the complete "King Kong" album got incorporated in its entirety in the "Canteloupe Island" 2LP Blue Note sampler set that got released in 1976.
A couple of years ago, BGO re-released "Canteloupe Island".
Digitally re-mastered.
I gave it a couple of spins earlier this week and noticed that I hadn't included this CD-re-release in the United Mutations Archives. That has been fixed.