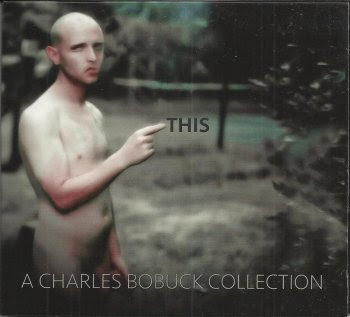 One of the two remaining Residents, let's call him Charles Bobuck, doesn't wan't to tour anymore. He wants to focus on the music.
THIS is an amazing collection.

Klanggalerie adds :
"THIS is the end of an era. Charles Bobuck became visible about the same time The Residents felt the pinch of the popularity of free downloading. They, like many bands, shifted their energy toward live performance. However, Mr. Bobuck did not like touring. He preferred making albums. So he quit touring and made albums instead. Logical. THIS is a collection of music from the many "underground" albums he independently recorded between 2009 and 2016, as well as, pieces he wrote under the nom de plume of Sonidos de la Noche, Chuck, and The Residents during those same years. THIS collection is an insight into the more personalized music which Charles Bobuck, now in his 70s, created during his final years with The Residents, a legacy addition for any record collection. There are excerpts from the albums Mush-Room, The Highway, Dolor Generar, Life Is My Only Sunshine, Coochie Brake, Postcards From Patmos, What Was Left Of Grandpa, Chuck's Ghost Music, Roman De La Ro! se, God-O, Lying Horse Rock and Codgers On The Moon. Think you've heard it all? You haven't. Mr. Bobuck chose the pieces for THIS compilation himself, using many alternative mixes and adding three unreleased songs for your listening and collecting pleasure."