ZAPPA - RARE GEMS FROM THE VAULTS 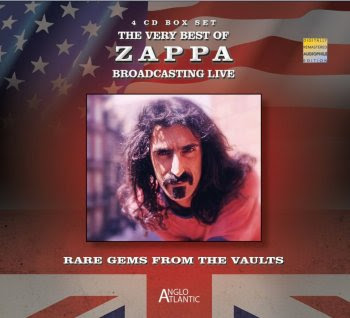 Another semi-official release.
The Anglo Atlantic label (??) is releasing a 4CD set that consists of two radio shows. One from 1975 (with Captain Beefheart) and another one from 1981.