THE LAMA HOME BAND - THE END OF THE INTELLECT 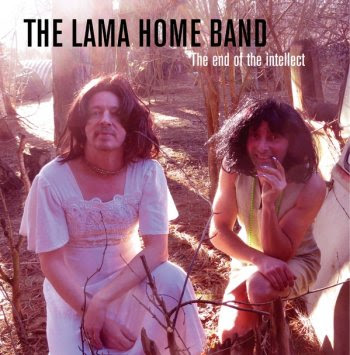 The Lama Home Band is the brainchild of D.Down and K.Kang. Their latest release "The End Of The Intellect" presents reworked versions of songs that had been previously released on tape and on CDR plus one previously unreleased composition that dates back as far as 1983!

It's always a pleasure to get a new dose of The Lama Home Band.
Especially on vinyl !

"The End Of The Intellect" includes 15 experimental, bizarre and avant-garde tracks.
Great fun in a superb package (love those fake nails !!).
Food for fans of The Residents and Klimperei.
It can happen here !