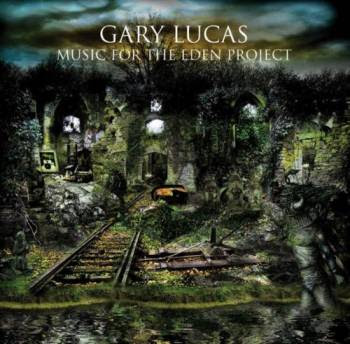 More data has been added to the Gary Lucas discogaphy. Last year, 5nakefork records (love that name) released a 7" entitled "Music For The Eden Project'.
It's a limited release of 300 copies (200 on green and 100 on orange vinyl).
I received my copies today. Haven't listened to the music yet. Still playing the new Zappa album. This will be something for tomorrow...

Don't forget, Gary Lucas will be performing at the Zappanale Festival next August !!