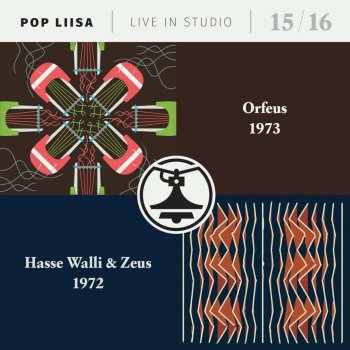 Svart Records has been releasing quite a number of radio sessions by various Finnish bands. They find a home in their Pop Liisa series.
All of the albums are released on vinyl but they also get a CD release.

As the title shows, "Pop Liisa - Live In The Studio - 15/16" combines both the 15th and the 16th vinyl release.
And that's very nice of them as volume 15 included Orfeus performing FZ's 'Magic Fingers' and volume 16 presented Hasse Walli & Zeus doing a 15-minute version of 'Willie The Pimp'.