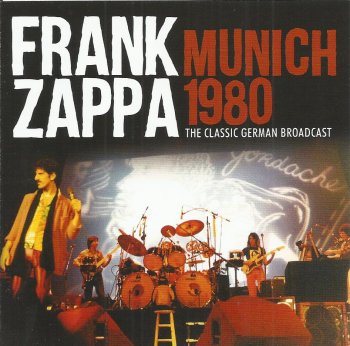 This semi-official release of a radio broadcast captures the last concert of Frank Zappa's 1980 Spring tour.
July 3, 1980, live at the 'Olympiahalle' in Munich, Germany and broacast in the King Biscuit Flower Hour series.
I discovered this superb show on a Zappa bootleg vinyl album way back in the days when I hadn't heard about tape trading (long before CDR's or Zappateers...).
Stored in my memory forever. Together with the excellent "Teenage Rocking Combo" bootleg set from the Paris show of the same tour.