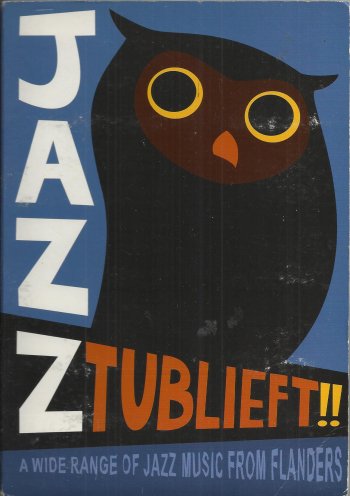 More loot from the trip to the record fair.
This promotional album from 2007 took a look at the jazz music scene in Flanders.
An excellent choice was made as the album includes music by Vansina-Verbruggen-Gudmundsson Trio, Flat Earth Society, Franco Saint De Bakker, Moker (with Bart Maris), Othin Spake (Verbruggen-Dumoulin-Pawlowski, and mixed by Pierre Vervloesem), and more.