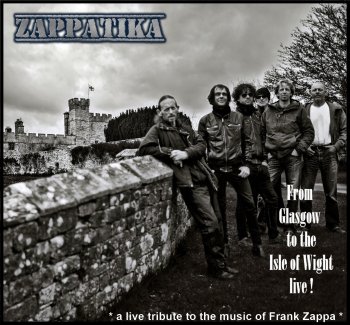 A couple of weeks ago, Zappatika announced "Live On The Isle Of Wight", an all-Zappa album that got recorded at the Isle Of Wight during the band's latest tour in the UK.
It was to be a free download album to celebrate 10 years of Zappatika.
Unfortunately, the master tapes of this recording got lost.

The good news, however, is that there was other material available of that very same tour.
This means that the new album will be called "From Glasgow To The Isle Of Wight Live!" and that it will include :
15 tracks. 17 compositions.
The album will be made available (for free) on October 31, 2017.