FRANK ZAPPA - A TOKEN OF HIS EXTREME 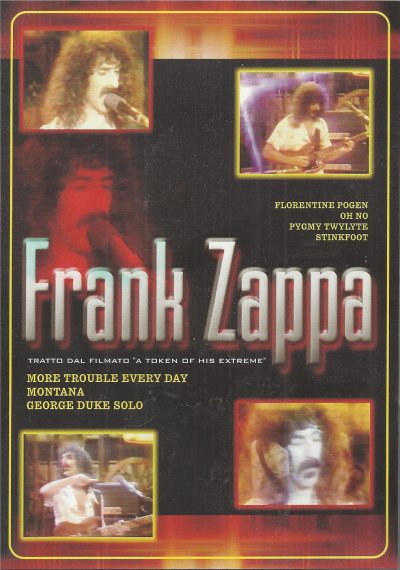 Adding data to the United Mutations Archives, here's the picture of a semi-official DVD that I received in a package from Italy a little while ago.
The complete title reads Frank Zappa - Tratto dal filmato "A Token Of His Extreme".
And it includes7 tracks from the famous KCET tv-show from 1974.