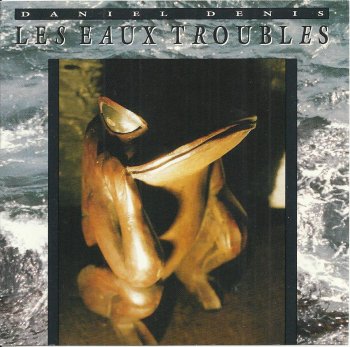 Drummer (multi-instumentalist) and composer Daniel Denis founded Univers Zero.
He also performed and recorded with Art Zoyd, Present and a lot of other Rock In Opposition bands.
On one of his demo albums, he even recorded a version of Frank Zappa's 'King Kong', but for now, I want to tell you why I added "Les Eaux Troubles" to the United Mutations Archives.

Recorded some twenty-something years ago, and released on the Cuneiform label, "Les Eaux Troubles" was Daniel Denis' second solo album.
The album presents 13 pieces and features various musicians including Pierre Vervloesem and Bart Quartier !!
Also of interest is the fact that track six is called 'Coeur de Boeuf' which translates as 'Heart of the Beef'. Subtitled 'For Don', there is no question that this is a tribute to Captain Beefheart.