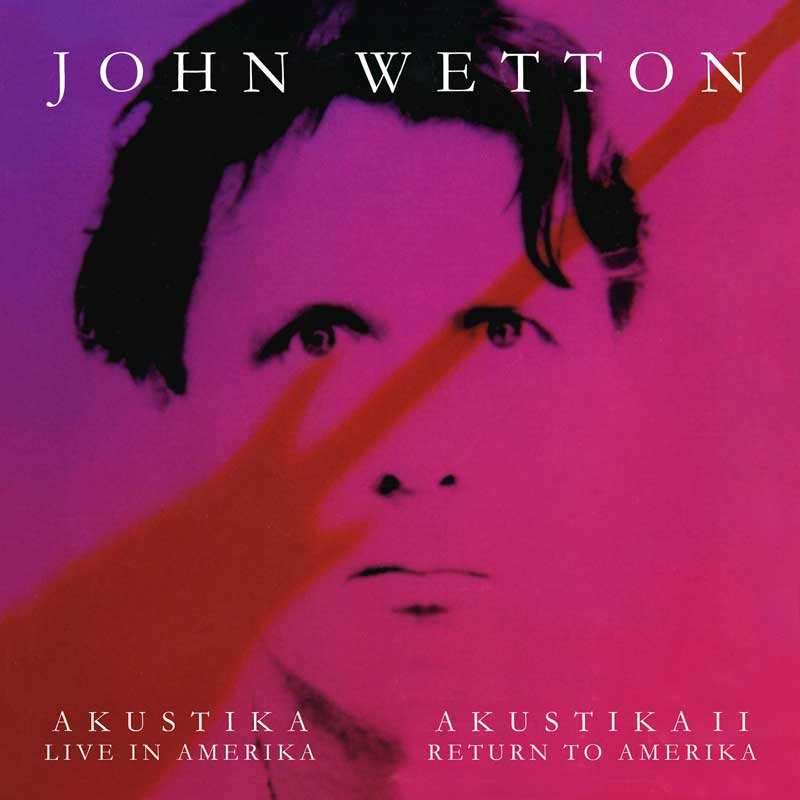 London - JOHN WETTON was the lead singer & bassist of ASIA, UK and the Red era of KING CRIMSON, with an extensive solo catalogue. This 2-CD set AKUSTIKA – LIVE IN AMERIKA & AKUSTIKA II – RETURN TO AMERIKA includes a 2017 remaster of the acoustic album AKUSTIKA and a previously unreleased acoustic show from 2005.

The booklet features specially written recollections of close friends and fans who attended the 2005 show with previously unseen photographs. The release is on the imprint label John Wetton started during his lifetime, Primary Purpose, via Cherry Red Records.

John Wetton rose to fame with King Crimson in the early 70s during the iconic Red era and later formed the band UK. In the early 1980s he was a founder member of supergroup ASIA which was his biggest commercial success. The band’s 1982 self-titled debut album was the biggest selling album in the world that year and gave fans and mainstream radio the mega-hit “Heat of the Moment.”

John Wetton sadly passed away on the 31st January 2017, after a long and courageous battle against colon cancer. This new release was personally selected by John before his passing as one of the many back catalogue titles to be reissued in the near future.