NEW SUN RA 10" VINYL OUT ON THE ART YARD LABEL 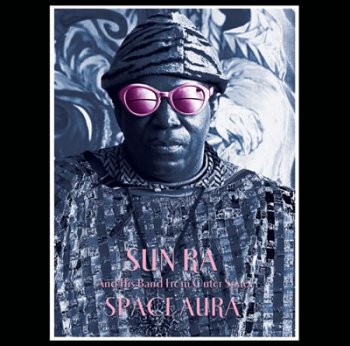 Here's some additional info from Paul Griffiths from the Saturn newsgroup:


The songs on this 10" are previously unreleased. They were recorded at University of Buffalo NYC during the ESP college tour of 1966 that produced 'Nothing Is' and some of the songs on the 'Outer Spaceways Incorporated' Saturn lp. They share the same detailed and beautiful recorded sound and show the Arkestra in their full mid 60's prime.
The recordings were mastered from a tape reel, originally in the possession of James Bryant, that showed up on ebay. There is approximately 20 minutes of music on the 10" (everything that was on the reel) and is clearly the first portion of the show. The whereabouts of the remaining tapes from this concert are unknown.
Bernard Stollman of ESP records engaged sound recordist David B Jones to record all of the concerts from this tour and apparently discarded the recordings that were not used for Nothing Is. The remainder of the tapes must surely be out there somewhere?
Paul.