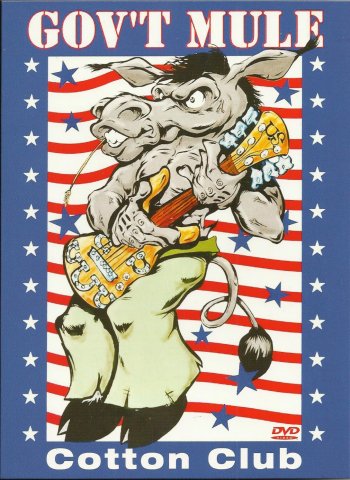 Most probably released in 2013, this bootleg DVD presents two concerts that Gov't Mule did at the Cotton Club in Atlanta. In 1995 and in 1996.
Nice concerts.
The video quality isn't that good, but I guess one shouldn't expect to much when 331 minutes are crammed together on one single disc.