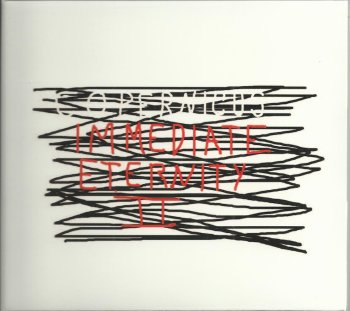 In 2001, Copernicus released a Spanish version of his "Immediate Eternity" album. On "Immediate Eternity", Copernicus explains that the reality as we know it, does not exist. The truth is to be found in the atomic and sub-atomic level. What everyone sees is just a deception.
It's a very clever point of view and Copernicus uses it to point out the things that go wrong in our world.

When "Immediate Eternity" got released in Spanish as "La Eternidad Immediata", Copernicus did 25 concerts in Ecuador. These recordings led to a remake of the original album in 2005, entitled "La Eternidad Immediata II".
This remake got recorded and released in Spanish (due to the concerts in Ecuador). Only recently, Copernicus re-recorded the vocals in English.
The results can be found on "Immediate Eternity II".
This is a very energetic, powerful album with a furious Copernicus on vocals and an excellent band behind him.

Out on Nevermore.
Distributed by MoonJune.
www.moonjune.com