I KNOW YOU WELL MISS CLARA - CHAPTER ONE 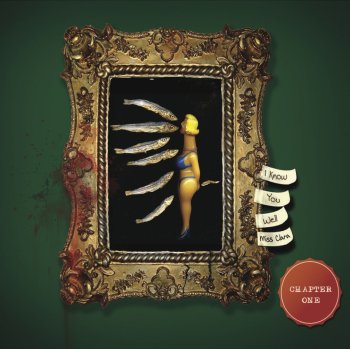 Indonesian prog rock band I Know You Well Miss Clara has just released their debut album.
The first thing that you notice when you take the actual album in your hands is the stunning artwork by Angki Purbandono. The piece on the cover is called "Back Off Guys!" and it's from 2012.
Do yourself a favor and google "Angki Purbandono". You're in for a treat.

The actual album is entitled "Chapter One" and it's as gorgeous as the package suggests.
The band is led by guitarist and composer Reza Ryan and by keyboard player Adi Wijiya, and the music is a fine mixture of jazz and progressive rock.
Unpredictable, astounding, varied, modern jazz, ...
My cup of tea.

I Know You Well Miss Clara is not an everyday name for a band. Reza Ryan explains it in the liner notes interview with Sid Smith:
"I think Clara is a hot name!" laughs Rez. "But seriously, it's like when you have a girlfriend or a partner you get to know them fairly well. I think if people want to hear my compoistions they need to listen fairly well too. So, in a way, Miss Clara is ther personification of my music."

The album got released on the MoonJune Records label.
www.moonjune.com

Here are some samples including the extraoradinary 'Pop Sick Love Carousel'.
Check them out!