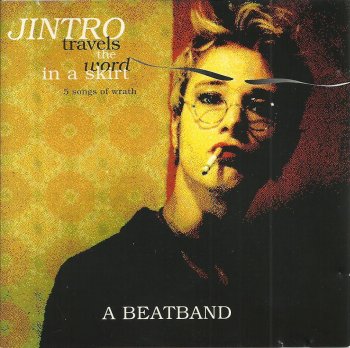 Somewhere in the early ninetees, Stef Kamil Carlens and Aarich Jespers founded A Beatband. Later the band's name changed to Moondog Jr. and, eventually, the band turned into Zita Swoon.
In the meantime, Stef Kamil Carlens had started dEUS with Tom Barman, but he left the group in 1996.

"Jintro Travels The World In A Skirt" is the one and only release by A Beatband. It's from 1993.
A nice addition to the United Mutations Archives.