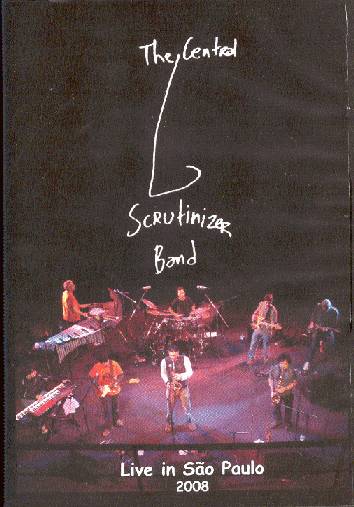 The Central Scrutinizer is an eight-piece band from São Paulo, Brasil.
The band has been playing the music of Frank Zappa for over a decade!!
In 1997, they did a concert of Zappa music with former Zappa sideman Ike Willes, intended for a release on the Muffin Records Productions label. Unfortunately, Muffin Records Productions changed course and the Central Scrutinizer / Ike Willis collaboration never got released.

Last year, The Central Scrunizer Band recorded the concert that they did at the Culture Centre of São Paulo on 01/06/2009, and this was recently made available on DVD.

"Live In São Paulo" is over 100 minutes of a great performance.
What you get is not the most professional shot video, but you do get a great show: a nice selection of songs, impressive vocals and superb musicianship (with some fabulous solos).

I love it.
This is essential listening for every fan of the music of Frank Zappa !