UGLY RADIO REBELLION IN CONCERT AND ON VIDEO

Detroit-based Ugly Radio Rebellion performs the music of Frank Zappa. The band started out as Uncle Meat but morphed into Ugly Radio Rebellion a little while after that.
Guitar player Scott Schroen has been the common factor these last ten years. Various musicians have been in and out of the trio. Former Zappa bandmember Ike Willis has been a welcome guest and has participated in a couple of tours with Ugly Radio Rebellion.

Last year, Ugly Radio Rebellion celebrated their 10th birthday AND their 200th concert.
Congratulations are in place !!
Last week, I received three DVDR's from Ugly Radio Rebellion. As URR has never toured outside the USA, this was a nice opportunity to check them out. 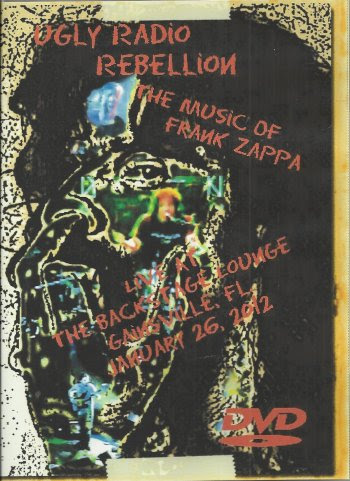 "Live At The Backstage Lounge" shows the band in concert in Gainsville on 2012/01/26. You get 70 minutes of classic Frank Zappa songs, performed by Scott Schroen (guitar, vocals), Daniel Paschall (drums, vocals) and Andrew Walley (bass, vocals). Sound and image quality aren't top, and it's a one camera angle, but it does give an impression of what an Ugly Radio Rebellion concert is about. 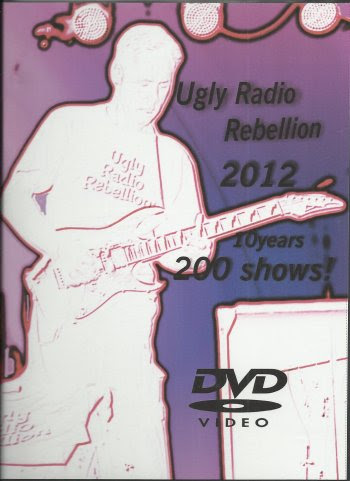 
The overall sound and image quality on this disc is even worse than on the previous one. A pity.
On the other hand, the setlist is quite different from the Gainsville gig, and that's a plus.
As the vocals aren't the strongest point of URR, I can imaginge that they sound a lot more impressive with Ike Willis on stage.
Both of these DVDs should be nice for those who have seen URR in concert, like some sort of souvenir. I am not convinced that these recordings are good enough to survive as stand-alone items. 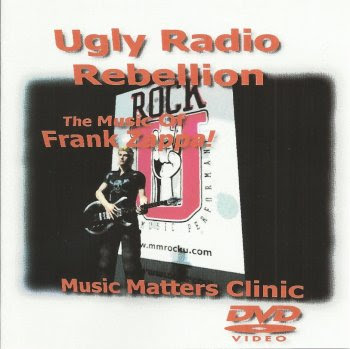 Now here's a nice idea. Take a coupe of musician that are experienced in performing the music of Frank Zappa and let them talk about Zappa's music. Preferably with their instrument at hand.
June 21, 2012, URR guitar player Scott Schroen and drummer Daniel Paschall hosted such an event.
On this 50-minute recording both musicians mainly talk about the different rhythms that are used by Zappa, demonstrating it to the audience by playing (parts of) songs.
I like the idea.

Next month, URR will be touring with Ike Willis.
This should be nice. So if you're in the neighbourhood, check them out ! 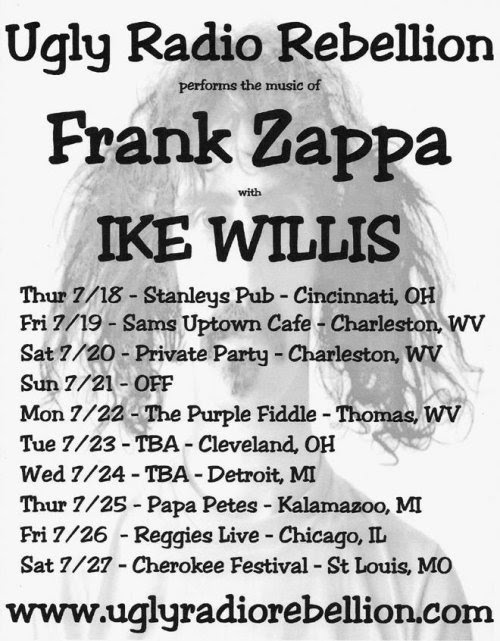