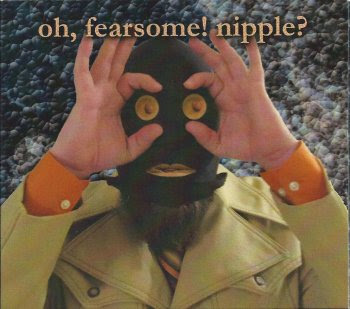 Imagine walking on a fair on a different planet. This is what you might see and hear.
I like it.


This mini-album comes in a limited release of 100 CDRs and the CDR itself looks like if it's made of vinyl: black on both sides, and with a label.
There's also a a collector's edition of 33 copies that includes a nipple-bag and buttons.
Check it out here:
http://www.psychofonrecords.com/new-releases/