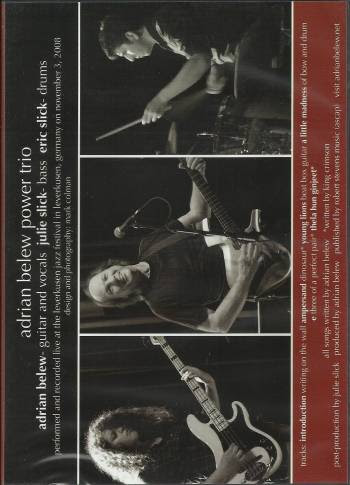 July 2006, Adrian Belew headlined the Zappanale festival with his power trio. A memorable performance.
Two years later, the trio (Adrian Belew - guitar ; July Slick - bass ; Eric Slick - drums) performed at the Leverkusen Jazz Festival. The concert got recorded by german TV-station WDR and was made available on DVD on Adrian's private label a little while ago.

Data & pictures have been added to the United Mutations Archives.