LISA LOEB - THE WAY IT REALLY IS 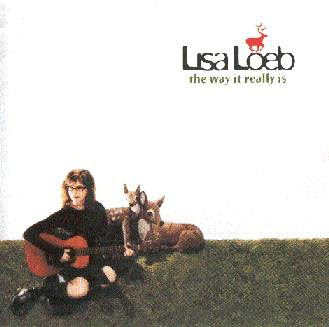 I guess that most of you know that Dweezil Zappa was featured on Lisa Loeb's "Cake And Pie" album from 2002. The same album also included Lala Sloatman and Joe Travers.

Lisa's "The Way It Really Is", her 2004 album, also has Dweezil Zappa and Joe Travers on the list of participating musicians. Joe drums on one piece, and Dweezil plays the guitar on three tracks.