SUN RA & HIS SOLAR ARKESTRA - SECRETS OF THE SUN 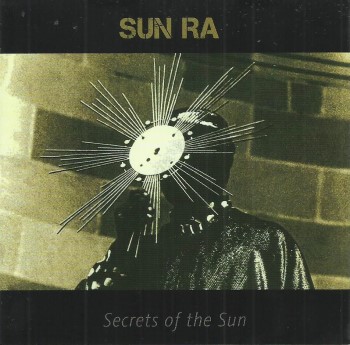 The above pictured "Secrets Of The Sun" is another (unauthorised) re-issue of one the older Sun Ra albums by Grey Scale.
This Grey Scale disc has the same tracklist as the 2008 Atavistic re-issue, meaning that it has one extra track 'Flight To Mars', taken from an unreleased album that was to be released on Sun Ra's Saturn record label.