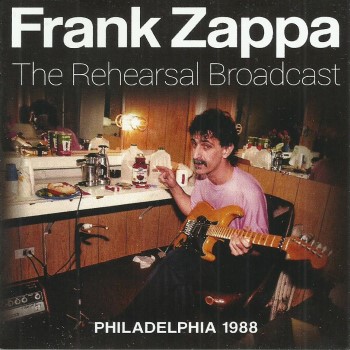 This "Rehearsal Broadcast" album presents recordings of Frank Zappa's band in Philadelphia on February 14, 1988, as well as a handful of tracks from the concert they did later that evening.
It's another 'radio show album'.

Of course these recordings were never broadcast.
That's just a way to get this album in the semi-legal circuit as the rights for radio (and tv) broadcasts do not belong to the artist but to the radio (or tv) station.

But the recordings do sound great. It's great to hear a rehearsal and the concert tracks feature a 16-minute version of 'King Kong' so what else do you need...