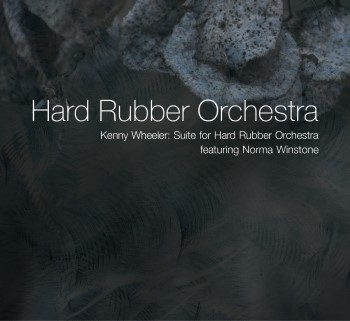 On their latest release, John Korsrud's Hard Rubber Orchestra performs  a jazz suite that was written for them by composer and trumpet player Kenny Wheeler.
Kenny Wheeler (1930 - 2014) performed with Anthony Braxton, Paul Rutherford, Evan Parker, Derek Bailey and Dave Holland, but he also composed for large jazz ensembles.
In 2013, Kenny Wheeler was commissioned to write a piece for the Hard Rubber Orchestra.
The HRO premiered the music in October 2013.
November 2016 it got recorded for this release.