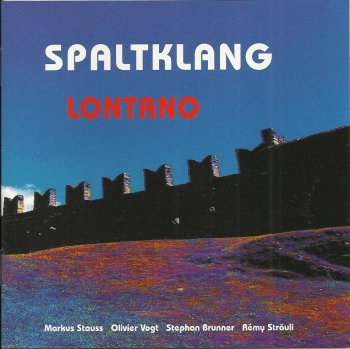 Readers of the United Mutations Blog know that I'm fond of Markus Stauss's projects. It was the Trank Zappa Grappa In Varèse project that drew my attention in 2006. Shortly thereafter, I saw Markus with his quartet in concert for the first time, at the Plusetage in Baarle Nassau. I've been a fan ever since.

Spaltklang has released four albums. Lontano (Italian for Afar / A Long Way) is album number three and it got released in 2006.
The Spaltklang quartet is charactarized by an unusual instrumentation: sax, violin, electric bass and drums. Furthermore, the music that is performed by Spaltklang cannot be defined. There's elements of classical music, rock, pop, jazz, oriental, gypsy,... In one word: it's unique.

"Lontano" also presents four miniature movements of 'A Dinner In Honour Of John Cage'. These compositions are about one minute each, they're scattered across the album and they're great!!