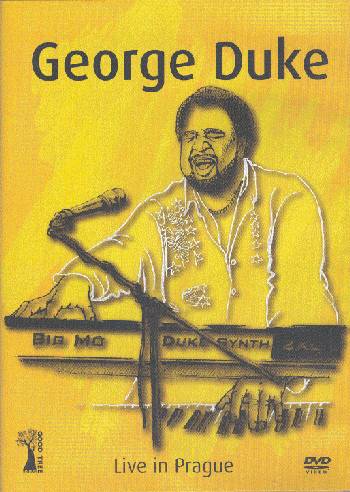 Good morning.
George Duke's latest release is called "Live In Prague" and it got recorded at the Agharta Jazz Festival in Prague in .
It's a very impressive release (besides the cover drawing, that is). "Live In Prague" takes you through George's different musical styles: starting with southern american inspired tunes, through jazz and rock (Hendrix), over Zappa and his own recent album (Dukey Treats) into the funk of George Clinton and James Brown.
I just rewatched 'My Piano', the Zappa Tribute ('Cosmik Debris', 'Inca Roads' and 'Uncle Remus'), and the DVD is still funkin' in the background right now. The George Duke Band sure knows how to throw a party.