BOOK ON ZAPPA BY PAULINE BUTCHER 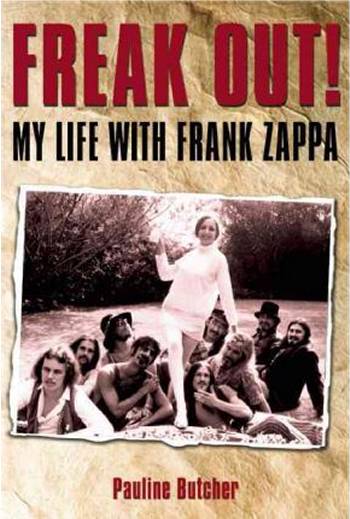 This new book on Zappa, was written by Pauline Butcher who was FZ's secretary from 1968 until 1972.

Pauline Butcher says:
"The book, Freak Out: My Life with Frank Zappa, tells my story when I worked for Frank from 1968 to 1972. I lived at the log cabin for four months with his wife, Gail, Moon, and the entourage that Frank gathered around him. After that, I moved along Woodrow Wilson Drive, half a mile from Frank and Gail, and worked nocturnally in line with Frank's hours. Although it was forty years ago, I not only kept a diary but wrote frequent 20-page typed letters to my mother. These are the basis from which I've woven the chapters. I could not have done it without them. Some people may not agree with my view of Frank, but I hope I have been fair and balanced."