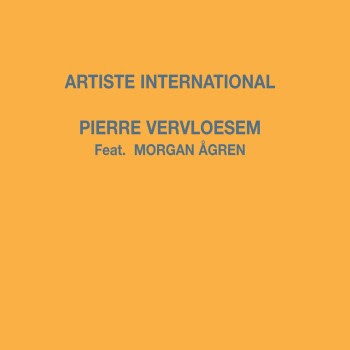 Wowie Zowie !!
A lot of excellent music has been released the last couple of months. There's the Ed Palermo jazz album, The Zappa In New York set, new titles in The Residents' pREServed series plus their "In Between Dreams Live" album, and there's Pierre Vervloesem's brand-new "Artiste International"!!

It seems like Pierre's previous release, "Artiste Belge", only got released a couple of months ago and now he's already back with the follow-up, "Artiste International".
This time, it's not just Pierre with his guitar, bass and machine wizardry as he is joined by Morgan Ågren, drummer extraordinaire who just finished recording and performing with Magma and who will soon join Devin Townsend on his new tour.

They're a perfect match.
The result is amazing. 12 instrumental, energetic tracks.
I've played the album at least once every day this week (together with Frank Zappa's "Quaudiophiliac" if you really want to know) and it keeps putting a huge smile on my face.

My cup of tea !
Essential listening.
Also out on CD but you'll need to hurry as there are only fourty-something copies left !!