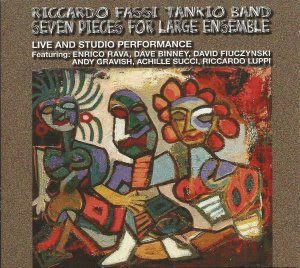 In 1995, the Italian Splasc(h) Records label released "Riccardo Fassi Tankio Band Plays The Music Of Frank Zappa", a record that should be a part of every Frank Zappa record collection.
The Splasc(h) label added an interesting companion to this album in 2007 : "Seven Pieces For Large Ensemble", a disc that collects various live and studio recordings from 1999 until 2005. Next to the superb 'Frank (R.Fassi) / Eat That Question (F.Zappa) / I'm The Slime (F.Zappa)' medley, the album also includes a beautiful 'Uncle Meat'. Both of these recordings were made at the 1999 Tivoli Jazz Festival.
Very nice.

-- thanks to Danny Mathys for pointing this one out to me