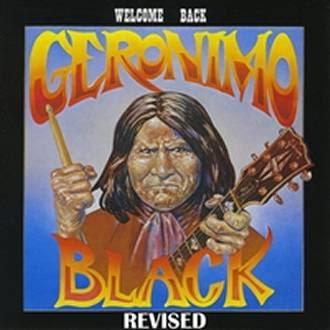 Greg Russo has been busy. Not only did he finish the Paul Buff Cucamonga series, he also revamped three albums that Crossfire released previously in 2008.
Next to Bunk Gardner's "It's All Bunk" and Jimmy Carl Black "Where's My Waitress?", he also remasted one of my favorite albums: Geronimo Black's "Welcome Back".

"Geronimo Black was formed by Jimmy Carl Black after Frank Zappa's disbanding of the original Mothers Of Invention in 1969. Jimmy assembled Bunk Gardner from the classic MOI lineup, guitarist Denny Walley, bassist Tom Leavey and woodwind player Tjay Contrelli to finalize Geronimo Black in 1971. To get a record deal, they recorded a number of demos - all of which are included here. In addition, studio and live tracks recorded after their Uni LP in 1972 are on this collection along with some remixes."