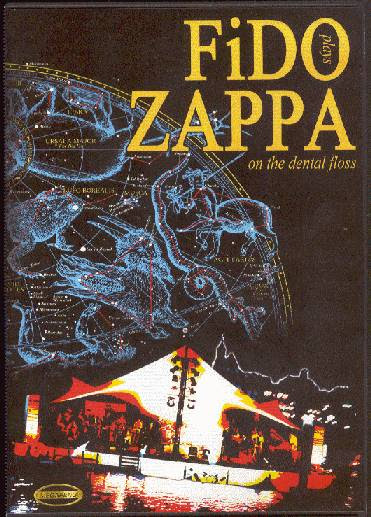 Swiss band Fido, or Fido Plays Zappa as they're also called, have a new album out.And it's no ordinary album. It's a DVD.

"On The Dental Floss" presents a recording of the concert that the band did in Basel on the twentieth of August in 2007. "So what's so special about this?", I hear you ask. Well, besides the fact that the band plays the music of Frank Zappa (and that they do a pretty good job at it), they also perform it on a raft, on a floating stage. It's a pretty spectacular and very beautiful sight.

Fido Plays Zappa treats the audience with some fine Zappa classics: 'More Trouble Every Day', 'Andy', 'Inca Roads', 'Take Your Clothes Off', ... They all get the powerful 10-piece band performance.
It's no wonder that the concert ends with "Montana", as the german word "Floss" stands for "raft".

A very fine concert in a superb-looking package.