MY SKINNY WONDERLAND - WHAT WENT WRONG, 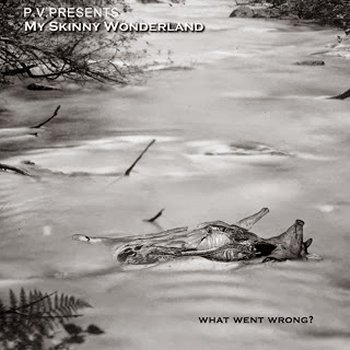 About eight months ago, the Off Records label released "What Went Wrong?" and album by My Skinny Wonderland, an alias for Belgian singer, composer, pianist and perfomer Philippe Tasquin.

As Skinny / Philippe explains in the introduction, the album offers two coverversions (Les Baxter's 'Quiet Village" and Dimitri Tiomkin's 'Town Without Pity') with a number of original tunes in-between. Skinny does hope that these original tunes will once become classic covers as well.

Off Records adds:
Originally produced in 2002 as a limited edition cd, Off is now pleased to re released this grand guignol production! Philippe Tasquin at his best, writing, playing, singing like one of the best Hollywood or Broadway writer! It's swinging, it's burlesque, it's symphonic pop, it's cabaret, it's crazy, it's fun, it's Tasquin!
Produced and mixed by the other Belgian master Pierre Vervloesem who also co composed a few tracks and played on all of them.