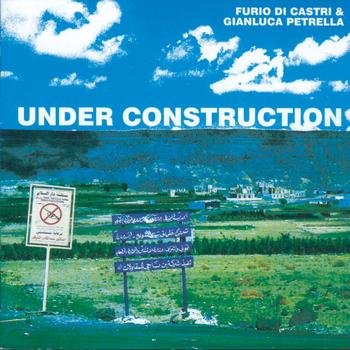 About five years ago, I got pointed in the direction of Italian trombone player Gianluca Petrella. Around that time, he had an ensemble called Gianluca Petrella & The Cosmic Band with whom he performed the music of Sun Ra.
There's this excellent radio show (July 21, 2008, FM broadcast on Italian Radio Tre RAI) that everyone needs to hear. It's brilliant.
This was my introduction to Gianluca Petrella.

Around the same time, I bought a CD entitled "Zapping", a project by Furio Di Castri that featured Furio Di Castri (bass), Nguyen Le (guitar), Joel Allouche (drums), Mauro Negri (alto sax & clarinet), Rita Marcoutulli (piano) and Eric Vloeimans (trumpet). This was a great album. All of the compositions were written with Frank Zappa in mind, plus the ensemble did a fine version of 'Twenty Small Cigars'.
Mauro Porzi added that the album was in fact predated a couple of years by a concert that also featured Stefano Bollani and Gianluca Petrella !!

Email ThisBlogThis!Share to TwitterShare to FacebookShare to Pinterest
Labels: others of invention, sun ra, zappa