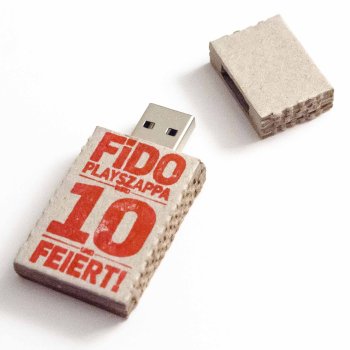 Fido Plays Zappa is celebrating its 10th anniversary by releasing a USB-stick with their complete recent Gare Du Nord concert !!
An amazing idea.

I received the stick last week and really enjoyed the plus 100-minute show.
Great stuff.
If you're into Zappa's music, you definitely need to see this.
Great songs, fine arrangements.
And they make it all look so easy...