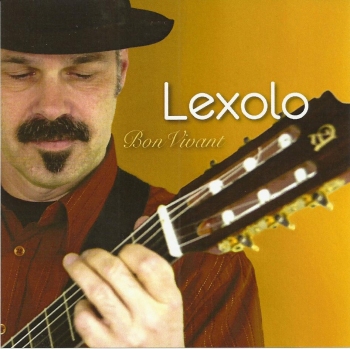 Lexolo is Lex Kemper's alias, and it does have a nice ring to it means that Lex is performing solo: Lexolo.
I know Lex as he used to play the guitar for The Foolz, a Dutch Zappa coverband. In 2009, Lex quit The Foolz to persue other projects. In the meantime, The Foolz have recovered and Lex is doing fine as well.


I'm quite impressed. If you're into acoustic bossa nova / nylon jazz guitar, you'll like this.
"Bon Vivant" is an impressive showcase.
Lex performs live on a regular basis at various pubs in Apeldoorn, NL, so if you're in the neighbourhood, you should check his concert schedule.