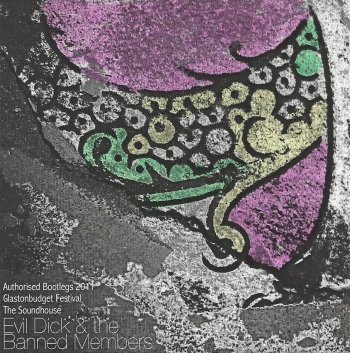 Evil Dick & The Banned Members performed at Zappanale 2011. Actually, they performed twice: at the truckstage before the actual festival, and at the big stage at/during the festival.
Evil Dick has brought this "Authorised Bootleg" along. It contains recordings of two gigs that the band had done in 2011. The weird thing about it is that some of the songs (well, actually most of the songs) got played at both gigs, so you get them twice.
Anyway. This is fun. I wanted to call it zappa-esque, but it seems that the ZFT is scanning the web for FZ-references, so I'd better call it mother-esque.
Fun. Capital F.