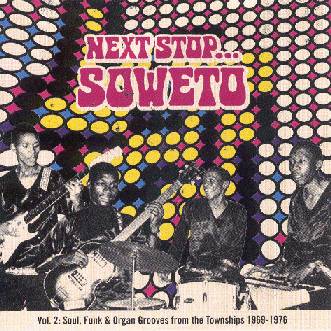 Strut Records has released the second volume of "Next Stop... Soweto".

The "Next Stop... Soweto" series will eventually count three volumes and is focusing on the music that was produced in the townships from 1969 up until 1976. The first volume was all about jive music. This second volume focuses on soul, funk and organ music, while the third volume will be about jazz.

The series is the result of several years of research and vinyl archeology in South Africa by compilers Duncan Brooker and Francis Gooding.

"Next Stop Soweto... Vol.2" presents 'feel-good' music. Not hard to imagine as it served as a contrast to the every day life in the townships.

Previously available only on 7"s in the townships of South Africa, this music can now, finally, reach a larger audience.

This is fun.
Get your Hammond organ and jam along !!