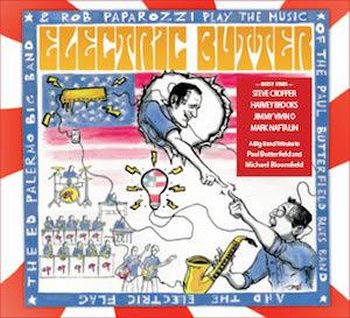 Rob Paparozzi commissioned Ed Palermo to arrange a number of pieces for a Paul Butterfield / Michael Bloomfield tribute album.
The result got recorded in 2013 and was released on album one year later.
Chicago blues with horns...
With special guest Steve Cropper !! plus members of the original Paul Butterfield Blues Band and Electric Flag.
Data has been added to the United Mutations Archives.

Here's a recording from a more recent concert :