KEITH EMERSON - HAMMER IT OUT, THE ANTHOLOGY 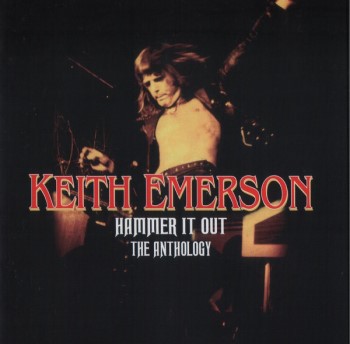 The late British musician and composer, prog rock legend, Keith Emerson was best known for his role in The Nice and in Emerson, Lake and Palmer. This “Hammer It Out” compilation album included a recording of The Nice performing FZ’s ‘Lumpy Gravy’ theme, recorded during a BBC session.
It got released on the "BBC Sessions" album by The Nice in 2002, and would get another reissue on Keith Emerson's, "Off The Shelf", in 2006.