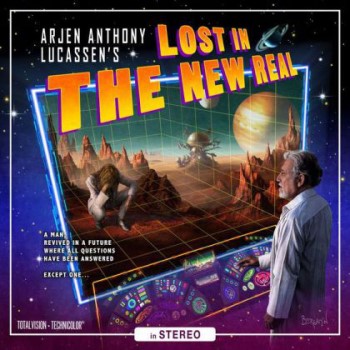 Arjen Lucassen released "Lost In The New Real" in 2012.
A very fine album that included FZ's 'I'm The Slime' !

Next to the regular 2CD set, the InsideOut Music record label also released a limited edition on vinyl.
On black/black, on blue/green and on orange/purple vinyl.
All of these carried an enhanced 2CD set as a bonus.