THE NICE - DIAMOND HARD BLUE APPLES OF THE MOON 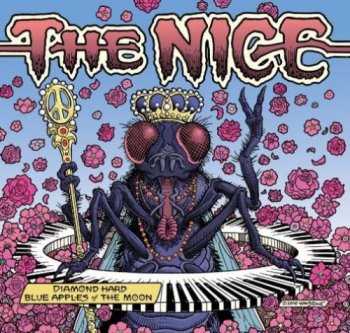 August 6, 1968, The Nice (Keith Emberson's band) recorded Frank Zappa's 'Lumpy Gravy' for a BBC Top Gear session.
The sessions got broadcast on August 25 of the same year. The recordings got released in 2002, but could already be found on a bootleg album.
The above pictured album, "Diamond Hard Blue Apples", offers recordings from various concerts and radio sessions from 1968 to 1970. It also includes 'Lumpy Gravy'.