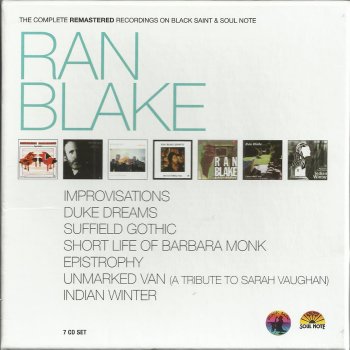 Remember the Ran Blake / David Fabris "Indian Winter" album? It included their version of Frank Zappa's 'Marqueson's Chicken'. Ran Blake on piano and David Fabris on guitar.
Well, this very album has been re-released (in a remastered edition) as part of the above shown box set.

Another fine edition to The Others Of Invention, bands and artists performing the music of Frank Zappa.