German band The Yellow Snow Crystals are famous for their open and experimental versions of Frank Zappa compositions.
On top of that, they make up their own lyrics, inspired by the originals. In German.
It's hilarious.

Later this month, The Yellow Snow Crystals will release a new album.
Just look at the fabulous album cover. Now that would make an impressive art print.

And in July, the band will be performing at Zappanale. 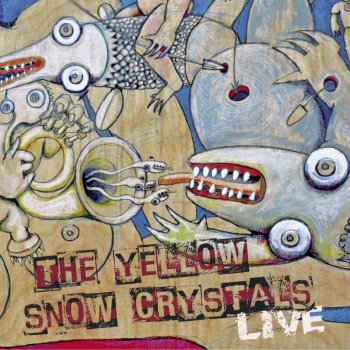 Here's a fragment from their 2012 Zappanale appearance, shot by Luuk :